Use ASD / arrow keys to play.

Build up the multipliers to increase your score:

Hit all four chickens to get the eggs

Hit three pigs in a row to get the chop

Hit four wheat to get the bread

Hit the cow followed by the udders to get the milk

A 1-bit tribute to Pinball Dreams and Pinball Fantasies.

i was wracking my brain trying to figure out how people were posting these massive scores when the flippers are so anemic they can’t even get the ball to the ramps, much less up them… then i realized that you’ve tied your physics to the frame rate. after adjusting from 100Hz to 60 the game became immensely more playable!

There is an update on the way that will keep the physics consistent for all Hz monitors. I am waiting for the guy who wrote the physics engine to release the code! These problems will be resolved soon.

Thanks for playing. That's impressive you worked out it was down to the Hz!

it’s a common enough issue, lots of aaa games do this too :) it did however make me wonder how unplayable this game would be at 240Hz…

Hey, I would love to hire you for a project I am working on. Would you be interested in freelance work?

Hey. I work as a freelance developer. Please DM me on Twitter about work enquiries. Thanks.

I would but, your DMs are not on! Haha. DM me if you can @berrytheartist

I play a lot of pinball

Very nice score! You must have hit some multipliers!

It is a very good game but sometimes it doesn't start.

Thanks for reporting. I'll investigate that.

very nice and calming game. For some reason you dont get upset when you lose

Thanks. I am glad you find the difficulty okay.

I managed to put the ball back in the pinball shooter, Idk if that's a bug :/

That's not a bug. You should be able to pull the plunger again to release the ball.

There seems to be some sort of bug, at least on chrome, where the gravity on the ball is way, way too high and the flippers can barely move it up. I'd love to try this again when the game is once more in a playable state.

Hmm, thanks for reporting, I'll look into it. Do you have the same problem on Firefox or is this only affecting Chrome?

I have the same problem on opera GX. its such a shame because the art is really nice

I will investigate. Thanks.

I have this problem too. I can't reach the upper area at all

I really need to add a leaderboard.

What do the 1234 buttons do? Are they just points?

Yeah they are just points, but you get extra points when you hit all four.

lovely, it feels a bit weird how the flippers seem to send the ball always the same way, but it’s pretty solid personally, I don’t like hoy the start leads to a wall that stops all momentum, but that’s just me

i bloody love this game!

Thanks. I think we have a similar taste in games samuelbromley.

Now i can read my best scores at the end of the game. The bug with the multiplier seems fixed.

However, the slingshots are still not working :( .

I noticed the animation of the mill when the ball goes on the wheat ramp. Not sure if that was there with the previous version.

I hope you will continue the development. I'm looking forward to new tables. :)

Yes the multiplier bug should be fixed. And as you say you should now be able to see your scores after you play.

I'll come back to those slingshots.

I added a couple of animations too - the spinning gates on the chickens and the turning of the windmill.

Thanks again for your feedback.

It's a really nice pinball.

Especially the pixel art. Graphically speaking, you make a great job! The only things that could be improve in my opinion are the wheat texture and the ball which can roll.

On the other hand, you can improve the sound. The game is often silent. However the existing ones are really good. The most missing sound is the slingshots' one.

Gameplay wise, nothing mush too say apart from the chicken that could be turn off when the ball pass trough (not sure of this one).

Finally, in term of UI, it feels frustrating that the score go away when you finish the game. And configurable controls would be neat.

That's it for me. I hope these feedbacks would help you improving the game. As it is this pinball is already really good. I made some game already and I think I will play again in the future. Especially, if you make some updates as you mentioned in other comments.

Edit: I forgot to mention that it could be cool if you integrate tablet/phone controls as your game is playable on the web.

Also, it seems that when I got all the elements to increase the multiplier, the x2 light doesn't turn on. Not sure if it's a bug.

I agree the sound needs improving. I would like music and jingles but that's a lot to do so have kept it minimal until I can dedicate some time to that. I did have a sound effect on the slingshot, but it was triggering when the ball hit the opposite / adjacent sides so I took it out as it got annoying :). But it will be back once I have restricted it to the hypotemuse!

I like the idea about the chickens switching off. I will research what real-life pinball tables do in that situation.

Sorry to hear your score did not remain on the screen after playing. The game does attempt to save your scores to local storage. If stored successfully you should see your top 3 scores played in the header before and after you play. I suspect your browser isn't storing your scores for some reason. But I will update the game to ensure players always see their latest score regardless of whether the save to local storage was successful.

I'll consider the configurable controls. Or at least include more keys which trigger the flippers!

There are some graphical updates on the way so will see what I can do to improve those wheat icons :).

Thanks Kurondie for your excellent feedback.

I replay quite a lot to your game. And it seems that your multiplier is a bit buggy after the first game. For instance if i end the first game with the multiplier to x4, when i complete the challenges on the second game it will go direct to x6.

"Your browser isn't storing your scores for some reason". That's totally it for sure! I wonder if the bug I have just described isn't related to the same issue (If the reset of the multiplier is made after the saving)?

I see what you mean about the multipliers! I will get that fixed as soon as I can. Will message back when resolved.

Nice game, I love the pixel art is very good, i love pinball and is rare to find a good game like this one is like 1 in 1 million.

Thank you S_h_r_e_k, glad you like it. There'll be a couple more tables later in the year so do check back. Thanks for playing.

When this cutscene with "press space to start"ends playing, the game freezes

Hello kubix_super, thanks for reporting. I have just uploaded a potential fix for this bug. I think it was to do with local storage. If you could try the game again. Hopefully the game does not freeze anymore?

Neat premises - how is it done? Custom code?

I am looking at doing a pinbal game myself, any article/pointer on "old school" pinbal games you can share?

Cheers. It's built with Phaser and Matter physics. Written in TypeScript. Matter physics is quite limited though so it took some time getting it to behave how I wanted. E.g. here's a code pen showing the basics for a flipper https://codepen.io/Calabi/pen/oNxNNJY.

Whatever language / engine you use I'd recommend spending some time working out the table layout. Give each table a theme. Add things to collect and accumulators. I looked at lots of old Bally tables for layout ideas, and the tables from Pinball Dreams and Pinball Fantasies which were the original inspirations for this game.

awesome stuff! it's got great visuals, and the gameplay feels really tactile with all those clicking sounds haha. controls are simple in the best possible way and overall just a very good experience! :)

Thank you Kruxe. Glad you liked it.

Yeah, if the ball ends up travelling too fast for the physics engine it can travel though walls! You'll get a free ball if that happens.

the ball is locked : 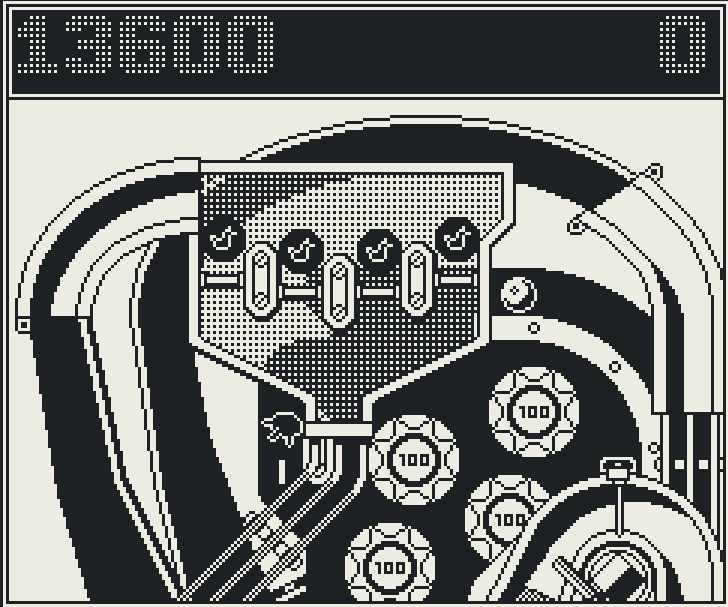 Hi Oxey405, thanks for reporting. I have just re-published the game with a fix for that bug. The surface you got stuck on is no longer perfectly horizontal. This should never happen again.

I couldn't ask for a better compliment, thank you samuelbromley

Love this! I would recommend in the full version to have the ability to see the entire pinball machine as following the ball can be a bit disorienting. It's also better to strategize where you want to put the ball.

Thanks for your feedback. A portrait view allowing you to see more of the table on some screen sizes is part of the plan for the full release.

there's a slite frame drop but idk if it's my potato 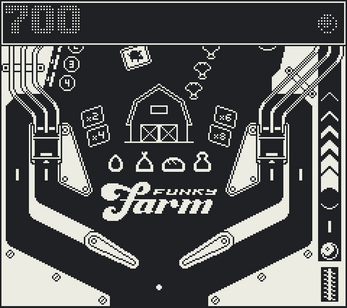 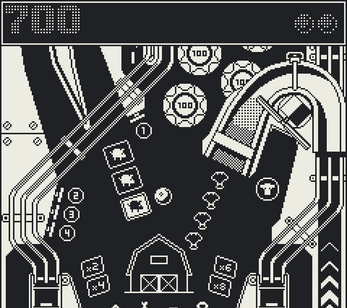 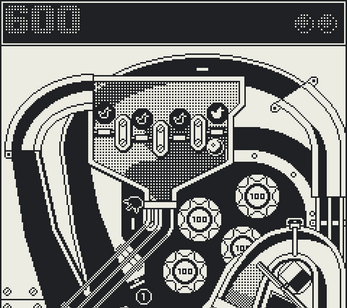